What is Verbatim Transcription

Poland (1995) defines verbatim audio transcription as the word-for-word reproduction of verbal data, where the written words are an exact replication of the recorded (video or audio) words. With this definition, accuracy concerns the substance of the interview, that is, the meanings and perceptions created and shared during a conversation. And also how these meanings are created and shared during the conversation. So verbatim transcription of research data not only attempts to capture the meaning(s) and perception(s) or the recorded interviews and focus group discussions, but also the context in which these were created.

Whether or not one chooses to get verbatim transcripts for their qualitative data depends on the purposes of the research. Research methods should always reflect research questions. As an important step in data management and analysis, the process of transcription must be congruent with the methodological design and theoretical underpinnings of each investigation.

Verbatim transcripts attempt to capture a word-to-word reproduction of the recorded data. In addition there are 3 distinct vocalizations and nonverbal interaction that verbatim transcripts aim to capture: involuntary vocalizations response/non-response tokens and non-verbal interactions. Transcribing these features of speech can add to the context, and offer clarity, of the discussion or interview.

The mechanics of Verbatim Transcription

In creating  verbatim transcripts, it’s important for the transcriber to provide an exact match between what is recorded and what is transcribed into text. While the notion of an “exact match” is problematic given then “the intersubjective nature of human communication, and transcription as an interpretive activity,” (Poland, 1995, p. 297) it’s important to pay attention to:

1) Response Tokens. The common ones are hm, ok, ah, mmh, yeah, um, and uh. There are intentional and many a researcher use them as verbal probes to elicit more information from the interviewee. Research has shown that such vocalizations can provide a great deal of insight into both the nature of conversation and  also the informational content of the conversation (Gardner 2001).

2) Involuntary Vocalizations. Sounds such as coughing, sneezing, burping, sniffing, laughing and crying are considered involuntary noises. Background noises, for instance dog barking, sirens, phone ringing (which happens a lot) are also categorized as involuntary vocalizations.  Involuntary sounds that occur during an interview can be meaningful or meaningless to the analyst.

In addition, it is important to pay attention to the pronunciation and irregular grammar that are essential parts of everyday speech. These offer important insights into a participant’s life and meaning-making that add richness that would otherwise be lost.

Here is a table summary of Verbatim Transcription  Conventions.

My pleasure. Yes I do have more information. I’m planning to write another post on intelligent verbatim. Watch this space…

Hello! Is it possible to let me know in which page Poland defines verbatim transcription as the “word-for-word reproduction of verbal data, where the written words are an exact replication of theVerbatim Transcription Services recorded (video or audio) words” ?
Thank you

On page 292, Poland defines the term “verbatim” as “word-for-word reproduction of verbal data, where the written words are an exact replication of the audio recorded words.” And that “the very notion of accuracy of transcription is problematic given the inter-subjective nature of human communication, and transcription as an interpretative activity” (Poland (1995, p 292).

Excellent information, many thanks for sharing. 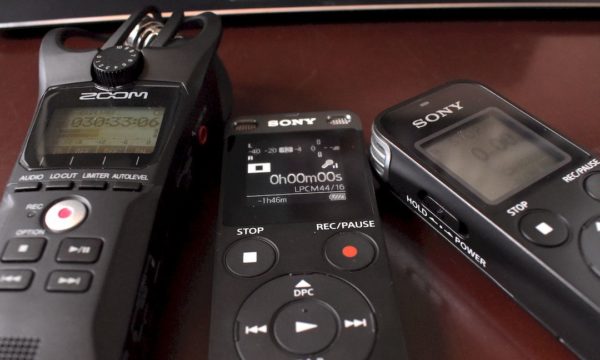 Copyright © 2019 Weloty All rights reserved.
Amazon Affiliate Disclaimer
wpDiscuz
We use cookies to ensure that we give you the best experience on our website. If you continue to use this site we will assume that you are happy with it.OkRead more